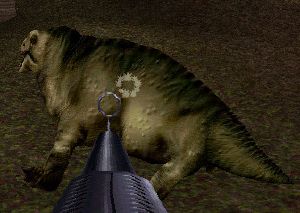 EXPLO.CAR is a CAR file in Carnivores. When a shot from any weapon is fired, the file's "explosion star" is used to indicate where the bullet hit. The file's skin contains a shotgun-like texture in addition to the star; this texture may have been part of a prototype weapon, and remains unseen within the game. The explosion star appears in both Software and 3DFX modes. In Carnivores 2 the explosion star has been phased out entirely and particles were introduced to indicate bullet impact. 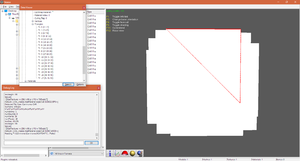 EXPLO.CAR loaded in Noesis, without its texture. Tri 0 (the first triangle in the model) is highlighted in red.

Instead of just being a decal or sprite, there is a full model for the explosion star, consisting of 18 triangles (faces) and 36 points (vertices). The triangles are paired into rectangles, which are overlapped with each other to more closely match the shape of the explosion star texture.