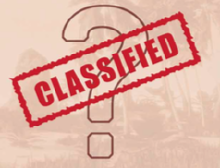 Genetically Mutated Dinosaurs are dinosaurs in Carnivores: Dinosaur Hunter Reborn whose genetic structure has been tampered with in order to create interest for DinoHunt Corp. These mutated dinosaurs usually sport vivid or different colors than their normal variants, as well as increased body sizes and exaggerated physical features. Officially, DinoHunt Corp. denies any claims of experimenting with the dinosaur species on FMM UV-32, and has cleared all of its employees of any alleged wrongdoing.

In addition to increased size and weight, the mutated Stegosaurus features a different color pattern than the normal variant. The mutated Stegosaurus is a lighter shade of brown with a dark splotched brown pattern, similar to an earth giraffe, with bright green eyes. On the top of the animal, but not on the sides or undersides, a series of vivid orange colors show through cracks near and under its scales, giving it a somewhat pyrotechnic look, which is similar to the mutant Ankylosaurus. In lines and cracks on the Stegosaurus's back plates, the same orange lines appear.

By comparison, a mutated Parasaurolophus' appearance is very tame, and from a distance can easily be mistaken for a normal Parasaurolophus. The mutated Parasaurolophus is dark brown with a cream underside, and features many gold and orange stripe patterns decorating its hide. The spine of the mutated dinosaur is a long, narrow golden line with side branches of yellow patterning. The head, especially around the eyes, is highly decorated with yellow, creating a sort of crown-like appearance.

The mutated Triceratops' appearance is relatively tame in comparison to other mutated dinosaurs. It sports a slightly elongated nose horn, piercing blue eyes, and is crowned with a vibrant red head and frill, with hints of brown and yellow. It's body is lighter green in color, with yellow spots covering its underside. All over its body, especially near the top, the cracks between scales show a yellow coloration.