Vivisector: Beast Within is a survival horror/first person shooter that was developed by Action Forms and published by 1C Company in the former Soviet block on September 30, 2005 and in Europe on January 5, 2006. In the game, the player fights genetic mutants on an island called Soreo Island.

Originally Vivisector Beast Within will be Sequel Chasm the Rift later scrapped. 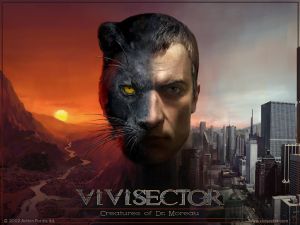